Women in Operations: A soft touch in a tough environment 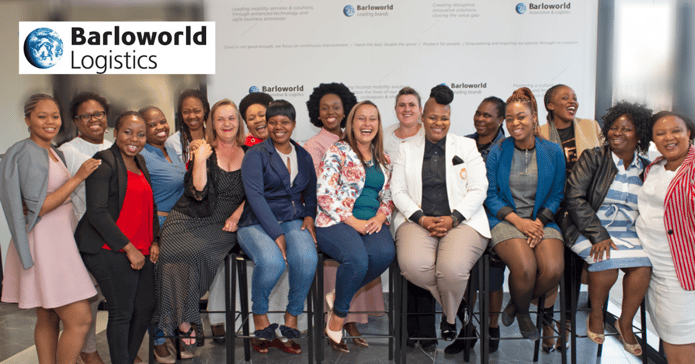 To coincide with women’s month, Barloworld Automotive & Logistics is celebrating its women workforce in operations. 25 years into democracy, women in South Africa are still grappling with the unbalanced scale of gender equality in the work-place. It is without a doubt that changing the narrative is long overdue, however, credit should be granted to organizations that are making intentional efforts to transform and be inclusive. Barloworld Automotive & Logistics has placed transformation at the heart of everything they do, enabling an environment where women can thrive and exceed expectations in male-dominated industries.

“Diversity is an entrenched principle at Barloworld as a drive to accelerated continuous improvement in all our operations. It is important that our female work-force embraces diversity, lifts and empowers each other,” said Kamogelo Mmutlana, CEO of Barloworld Automotive & Logistics.

A few decades ago, only men would be found rumbling along the highways and sometimes rutted roads, in trucks carrying precious cargo worth a fortune while driving city to city. However, today more women are seen behind the wheel, doing exceptionally well in an industry where stereotypes are the order of the day.

Through its transport academy, Barloworld Automotive & Logistics has successfully afforded opportunities to 40 highly capable female drivers in the freight industry.  Neli Xaba, Senior Manager: Commercial at Barloworld Transport, a Business Unit within Barloworld Automotive & Logistics highlights one of the company’s efforts to gender balance. “Our Barloworld Transport Academy is a hub of knowledge and excellence that continuously allows us to fully train and equip our drivers, ensuring they meet the highest standard”.

One female driver stands out at Barloworld Automotive & Logistics, Fikile Phoswa. She joined Barloworld Transport as a learner driver and was trained at the Academy in Pietermaritzburg.   After intensive training, she was appointed as a professional truck driver for one of our clients and has been working at the Dwaalboom depot since March 2017, together with nine other female drivers.  In her current role, she is responsible for the delivery of cement to key customers throughout the Limpopo region. Neli notes that,

“Fikile is one of the best drivers, not just in comparison to female drivers, but she is a cut above the rest across the business. She is relentless in her drive to become the best at what she does, and has been a constant top-performing driver, driving up to 17 000 km per month”.

Fikile cites her upbringing as one of the cornerstones to the person she is today. “Growing up, life was not easy for my family and I. My mother is my pillar of strength – she was the breadwinner, taking care of all of us including my father who was unemployed most of my youth. When my mother was diagnosed with sugar diabetes and had her leg amputated, I had to take her role and take care of my family. My motivation is my mother, she has taught me to stand up for myself, work hard and never depend on anyone to take care of me”.

Neli explains that with technology and automation, women can work in industries that were previously perceived to be male-dominated. She continues to say that all things are possible with determination and a positive attitude. She believes that, as women, “We lift as we rise”. As we progress in our careers, we have to bring others with us. We need women who are determined, intentional, unapologetic, with a zeal to empower others”.

She further highlights the importance of organisations that aim to close the gender gap. “If we have companies such as Barloworld that are intentional about progressing women, then we are on the right path to narrow the gap.”

Barloworld Automotive & Logistics boasts of about 50 women working as mechanics, technicians and drivers. The company also has a programme called DNA, affording women opportunities in the automotive industry, particularly in car dealerships. Irrespective of the qualifications they possess, these women get a chance to spend two to three years learning about the ‘ins and outs’ of car dealerships. When career opportunities present themselves, they are the first in line to be considered for positions as either dealer principals or divisional manager roles.   The programme has been a huge success and gave birth to numerous remarkable female dealer principals across the Division.

From picking and packing, working with other women while taking control and being a leader in her own right is what Margaret Mokoena, Supervisor: Shop Floor and Reverse Logistics enjoys doing. Margaret is grateful for this opportunity mainly because not many women can be found in such working environments. She believes that women should lead by example and be good role models for generations to follow. “Women need to lead from behind in their own spaces, communicate clearly, be transparent and help each other grow. They must invest in their own development and growth by taking each and every opportunity presented to them – either through education or other means".

Distribution Manager, Amelia Holtzhausen concurs with Margaret and further notes that the logistics and warehousing environment has evolved with technology. She concludes by noting that this industry is no longer just about trucks, diesel, oil or forklifts – making it more physical than it actually isn’t. She urges women to be bold, confident and take the lead in arduous environments.