[CASE STUDY] No project is too big for Barloworld Logistics 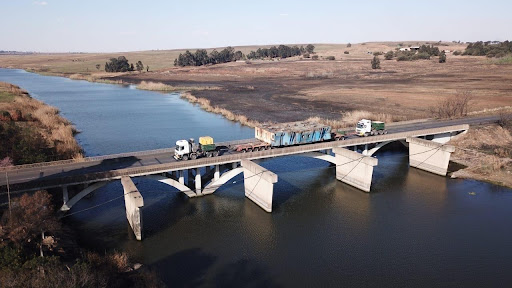 When people speak of ‘logistics’ things such as route planning, schedules and vehicle maintenance come to mind. While these are all part of it, one of the more challenging aspects is when a client requires the movement of massive pieces of equipment - such as those used in the mining sector.

The majority of people are used to seeing enormous mining or other industrial machines in their ‘natural’ setting such as a mine or construction site. Very few, however, realise what it takes to move these vehicles from one site to another and how much planning is necessary before these behemoths can hit the road.

Barloworld Logistics recently moved one of these incredible machines and below are some behind-the-scenes insights that give you an idea of the logistics involved. 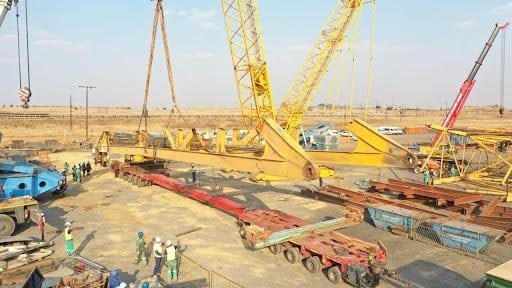 The machine that wasn’t built to be moved

When talking of big projects, it does not get much bigger than the CAT 8200 Dragline. The 8200 Dragline was manufactured back in the 1970s and was commissioned to work at the now Optimum Mine.

Draglines and machines of this nature generally do not get to be moved from one mine site to the next, they run for a lifetime at a single site. In this case, however, there was a change of ownership of the mine itself, and the Dragline had to be moved from one site to another. Keep in mind that this machine had been operating onsite for over 40 years and was welded and put together onsite, and moving it meant separating the different components.

Fast facts about the CAT 8200 Dragline: 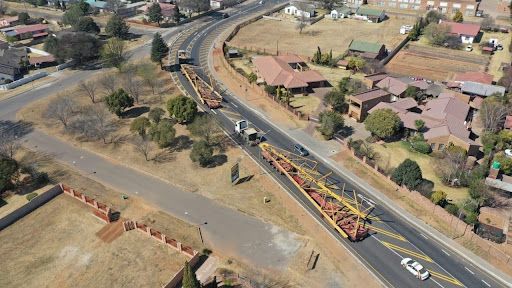 Not a one-day job

Transporting a Dragline of this nature takes extensive and meticulous planning, spanning months. This project had its fair share of challenges, including but not limited to relying on government institutions such as the Department of Transport (DoT) for:

With some of the Dragline parts measuring 9 m or more in height, Barloworld Logistics had to work with Eskom to ensure that power lines along the route were switched off and the lifting of lines that had sufficient clearance but that required further lifting for safety.

Considering the lead time it takes to arrange for power lines to either be temporarily switched off or lifted, meant that Barloworld Logistics had to carefully review all movement options once the Dragline had been disassembled. The goal was to keep all loads under 9 m and to divide the Dragline into various loads that could be transported as simply and safely as possible. 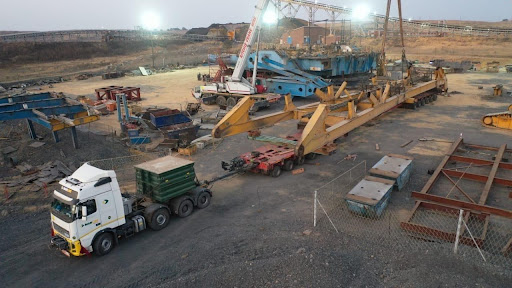 At the end of the day, the Dragline was successfully transported to its new location, where it will hopefully run for another 40+ years.

This specific case study is a prime example of why experience is crucial when you are dealing with complicated and expensive loads. A lot of planning went into this move - not only to transport the loads, but to ensure the roads were able to take such heavy loads and that no infrastructure, such as power lines, were damaged along the way.