Simple forms of robotics first entered the industrial space when General Motors began migrating its production line to a more automated process in the 1960’s. Manufacturing has since been the sphere in which robotics has taken hold, although these machines were simplistic – blind, unintelligent, stationary pieces of equipment performing repetitive tasks thousands of times a day. While these created improvements in efficiencies, they require uniformity of object, a constant speed of flow and repetitive function. The future of robotics in the logistics industry could not look more different. Logistics is a demanding environment requiring creativity, agility and complex thought. In warehouses and distribution centres world over, employees are assisted by various sorts of mechanisation from automatic sorters to conveyor belts and goods-to-picker solutions. Despite this, most large hubs still require hundreds of people to operate.As highlighted in the latest supplychainforesight, labour is a continuing cause of concern for the industry at large. The move towards eCommerce is driving smaller, more frequent deliveries which in turn increases the number of people needed to pick, pack and distribute freight. Within a South African context, the availability of appropriately skilled labour remains high on the priority list, and this is the realm where robotics could come to the fore in the supply chain environment.

For robotics to become a feasible solution within supply chain, the technology would need eyes, hands, feet and a brain. Traditionally the cost of these components has been prohibitively high but thanks to the addition of superior processing power and camera’s in consumer devices, the cost has been driven down, allowing industrial robotic manufacturers a real chance.

Other than artificial intelligence, the base requirements for a feasible logistics-bot is the ability to “see” an individual item amongst many and have the dexterity to pick up a single piece. High-resolution camera technology has allowed for the development of robots that perceive depth, height and width to almost 100% accuracy, allowing robots to “see” the world and react accordingly.

Once a machine can see, it needs to move to the correct place and take the object. Most industrial “hands” are either pinchers or vacuum cups aimed at grasping a single item. These hands are not adaptable to varying sizes which is adequate in manufacturing, but dexterity and flexibility is a must in the unstructured environment of a warehouse. To this end, robots are being intelligently designed to adapt from heavy duty lifting to precision picking with grips that mimic human hands. Giving a robot feet is about more than just attaching wheels.  Machines on an assembly line are generally firmly bolted to the floor, but within a warehouse environment, much more mobility is required. Advancements in mobility include improved environment mapping, path planning and longer lasting batteries all with the aim of giving robots feet that are not only nimble but that can last the distance. Movement and sight are advancements in and of themselves, but what the logistics environment really requires is smart perception and thought. 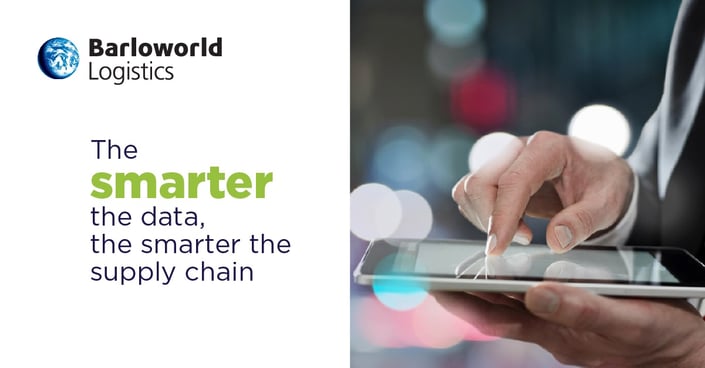 AI is all in the mind

Arguably the biggest leap in technology is the transformation of machines to robots that can process, react, plan and act intelligently.  Rather than replacing humans, AI (artificial intelligence) is considered to be a tool to aid employees. For example, an intelligent machine can process much more data than a person, and therefore can make complex suggestions regarding a course of action far quicker, allowing an employee to action a smart solution in a shorter time.

In recent years, advanced microprocessors are allowing for far greater processing power in a single machine, but even this increased power has its limitations. To move, see and think, a machine requires a high level of processing power which impacts on the cost and feasibility of robots as common place in a warehouse. A robot in a logistics environment is however not likely to require a constant level of advanced processing as they would spike when handling an item, but lull when analysing images. Cloud robots come into play in this instance.

Cloud robotics simply is the use of remote processing power, via the internet, to allow local machines access to greater information. A team from Berkley University tested this technology, whereby a robot “looked” at an item, sent an image to Google’s cloud infrastructure, which used advanced analytics to reply to the robot with instructions on how best to pick up and handle the item.

A good example of cloud robotics is the humanoid robot called Pepper. With 6000 units sold worldwide, Pepper is currently interacting with people in their homes and businesses. As a social robot, Pepper contains an array of sensors, two cameras and a microphone allowing it to engage and learn all the time. Pepper is a view of the future where robots have the ability to move, touch and react intelligently to a vast array of situations. Intelligent, self-reliant humanoids could create efficiencies in all steps in a supply chain as well as collaborate with employees to work smarter and decrease errors by up to 90%.  The robot is not a future state, it is here, it is getting better each day, and we would be wise to embrace the possibilities they bring to our homes and businesses alike.

The near future of Logistics-bots

Thanks to such advancements, robots in logistics are a reality, being tested and used globally. Trailer and container unloading robots have been tested as far back as 2003 when DHL developed a prototype called Parcel Robot – which positioned itself in front of a container, scanned the boxes, analysed the sizes and determined the optimal off-load sequence. It then picked up boxes and placed them on a conveyor transporting them out of the container. Companies like US based Wynrights has refined this technology, adding cameras and robotics arms, to create a robot capable of offloading 500 parcels per hour.

Picking robots have advanced from stationary to mobile pickers. Goods-to-picker-bots source the required bin, bringing it to a stationary employee who then selects the single item needed before the bot returns the bin to the shelf, but such systems are quite capital intensive and still require a high number of employees to pick the necessary item from the totes presented to them. Mobile picking robots, however, move around a warehouse and select product just as a human would. The company Fetch Robotics is leading this development having built a primary robot for picking and a smaller robot which helpfully holds the tote while a product is being selected. The application of this team of robots is twofold, firstly as a contained system that picks and moves totes and secondly, the smaller Freight Robot could act as a co-bot to assist human pickers by doing the heavy lifting.

Home delivery robots are an interesting companion idea to drone and autonomous car deliveries. Small mobile robots capable of carrying upwards of 10kg are being designed to trundle along sidewalks delivering online shopping parcels to the consumer’s door. Such machines are still very much in the design phase, and their application in a South African distribution model is questionable. Their use locally will more likely be in delivering parcels between floors in a single building, or within hospitals and hotels to provide medicines or room service. 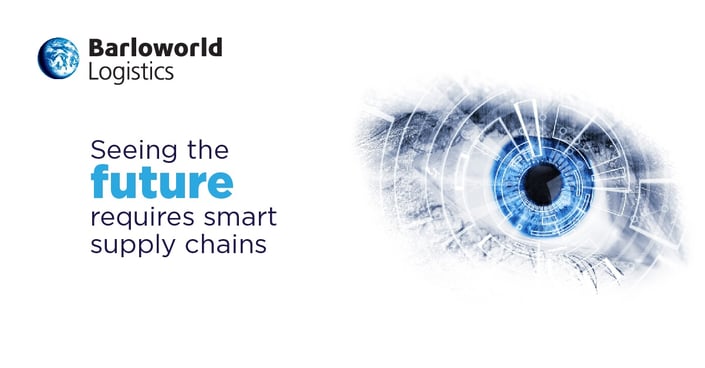 Robotic warehouses will likely improve every metric important to the supply chain today. The use of robots coordinated through advanced warehouse management systems and supported by highly skilled employees will see better space utilisation, inventory control, speed of pick and optimised loading. Facilities will be able to run for longer hours, process more orders per hour and be virtually error and injury free. Warehouse workers will take control of the robots, not the warehouse and will be responsible for coordinating flow, maintaining bots and handling exceptions. We will experience the rise of robot leasing to allow for the reduction of capital investment and the increase of technical training requirements amongst employees.  The general public will interface with robots on a daily basis, and the expectations of fully automated execution of personal deliveries will increase.

At Barloworld Logistics, we use advanced warehouse management and supply chain software to manage complex networks, have implemented advanced belting systems in our warehouses and utilise smart vehicle monitoring technology in our vehicles. Our supply chains are already reliant on machines. It is a short step to becoming reliant on self-aware Autobots. Increasing skilled labour shortages and escalating costs will drive the adoption of robots in every stage of logistics, with organisations implementing collaborative robots to bolster and supplement their workers. Employees will begin to expect more complex and rewarding tasks, wanting to leave the mundane to the machine. Amazon is already using over 30 000 robots within their various facilities. It is no longer if, but when, the South African sector will catch up and the smart use of robots begins to impact the supply chains of the future.